Each year, in the United States alone, hundreds of thousands of people are affected in some way by natural disasters. This can mean hurricanes, floods, fires, and tornadoes.

We all certainly hope that we will never be faced with such a disaster, but statistically speaking, the odds are stacked against us.

The key to a successful outcome, for all members of our household, is being prepared. 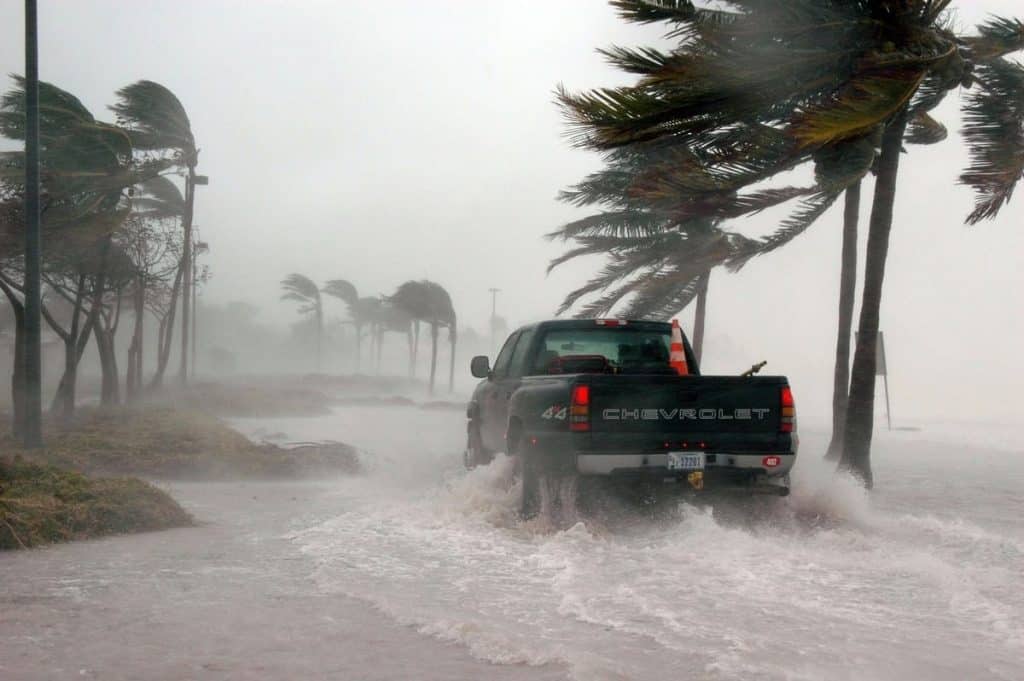 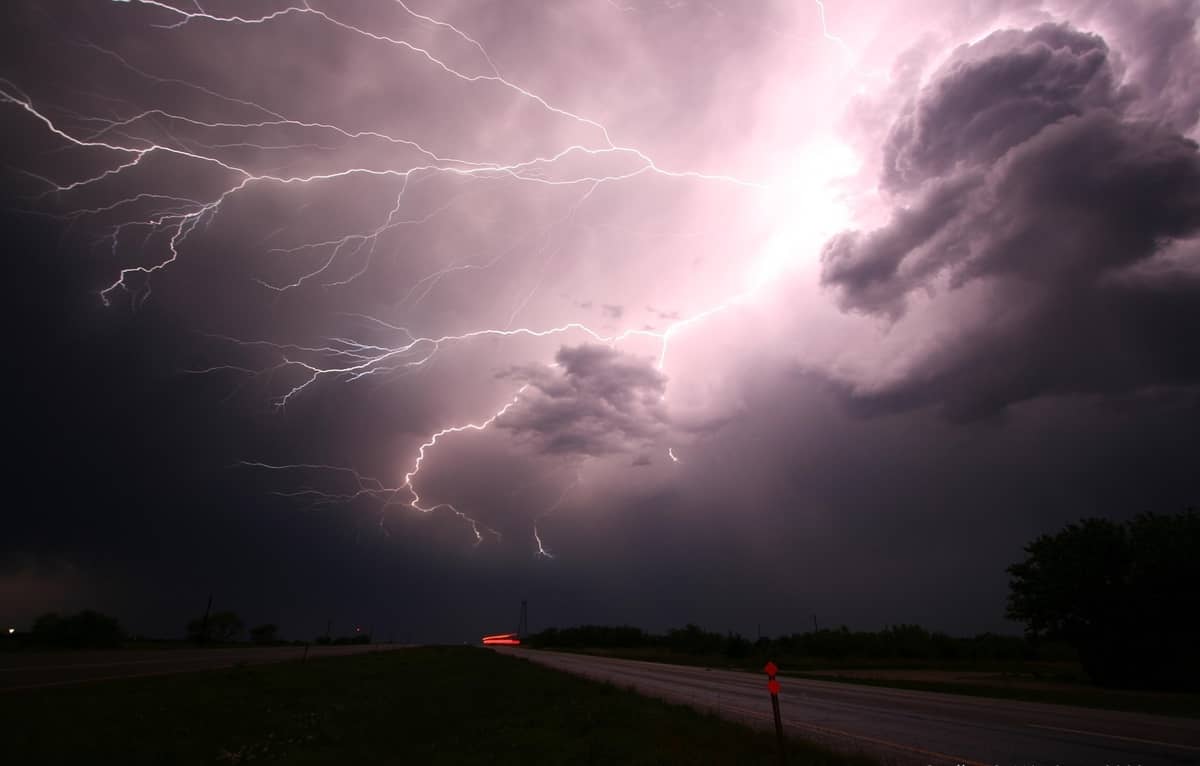 We are all aware that there are certain precautions we must take to ensure the safety of ourselves and our families. But often we overlook what precautions may be necessary to preserve the well-being, or even the life, of our pets.

Our pets are family members, too, and, as such, they rely on their adult owners to bear the responsibility of that ownership. They may be well cared for, but they are not capable of providing this care for themselves under dire circumstances. It is up to us to ensure their safety during these circumstances.

The first step in emergency preparedness is just that – be prepared!

We can prepare for a disaster in the following ways:

Become Informed About Possible Disasters You May Face 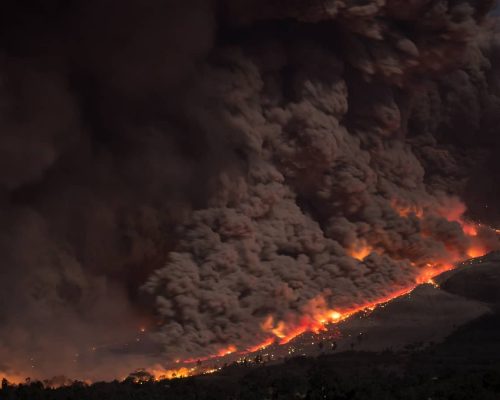 Do you live in a hurricane zone? Tornado alley? How about floods?
Are all those lovely woods surrounding your rustic retreat in danger of becoming a tinderbox?
Anything that may threaten you and your family should be considered.

Find A Safe Place Ahead of Time 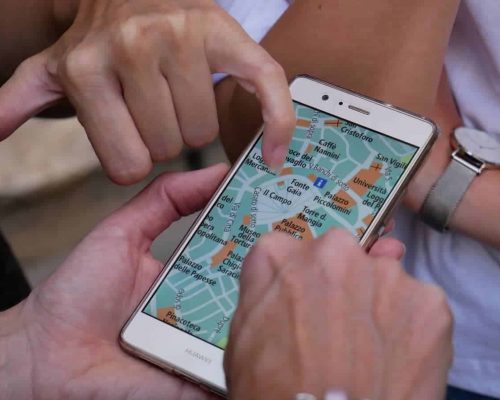 Determine in advance which local shelters will accommodate both you and your pets. If you are unable to locate one, ask your vet for a reference to a reliable kennel or boarding facility where you can leave your pet for the duration of the emergency.

Put Together A Pet Disaster Kit 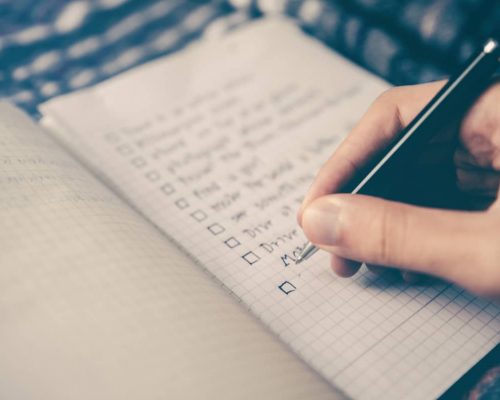 Emergency supplies should be put aside, in an easy to grab and transport kit.

This kit should be placed as close to an exit as feasible. Make sure every member of the family is aware of where the kit is located.

Some of the essentials to be included in a pet disaster kit are: 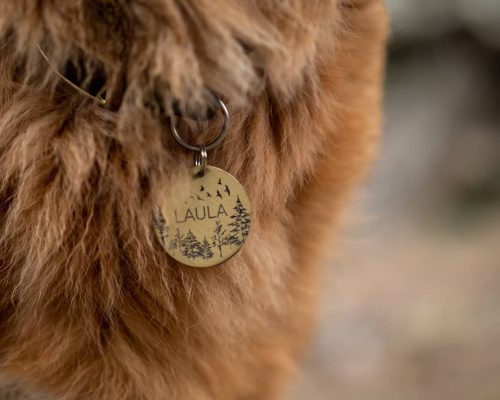 Make Sure you Have A Secure Pet Carrier 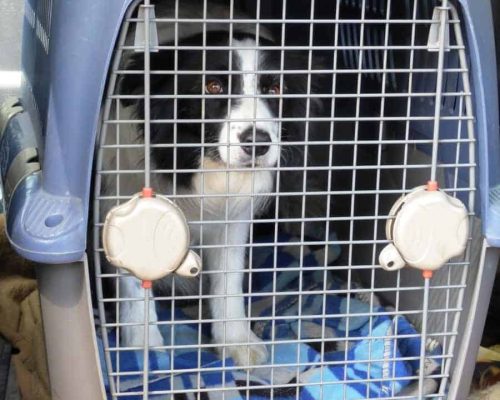 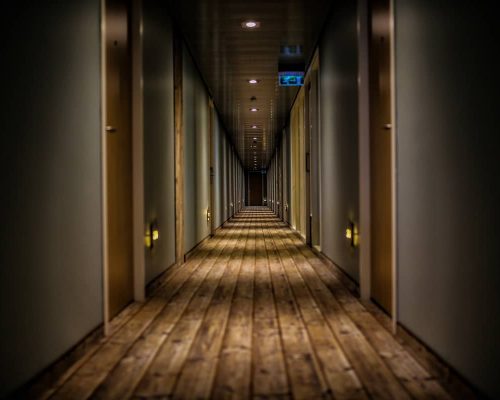 It may be wise to consider forming a sort of a cooperative with other pet-owning friends and neighbors in the area. In the event that you cannot return to retrieve your pet, they may be able to do so, provided you offer to do the same for them.

You may know a neighbor who is at home during the hours when you are normally away. Look for someone who has proved himself trustworthy and reliable.

Consider the following questions before making a choice: Has he met your pet on previous occasions? Has he proven himself a capable and caring pet owner?

Keep in mind that you are granting this person access to your home in your absence. Make sure you trust him or her completely before you turn over your keys.

This may work better if the arrangement is a reciprocal one. Of course, you must be ready, willing, and able to make the same sort of commitment to them.

Make sure the people you choose are trustworthy, and make it easy for them to locate, and care for your pet by informing them where to find any emergency supplies you have stored in your home.

Your stranded pet will certainly respond better to a familiar face than to a stranger, no matter how well-intentioned that stranger may be. If you have used a pet sitting service in the past, you may want to inquire if they offer any such emergency services in case a disaster strikes. 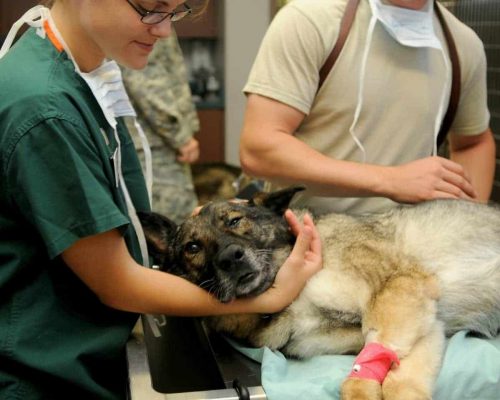 Identify and locate emergency veterinary services in the area to which you will evacuate. If conditions are dire enough to force evacuation in your area, odds are emergency vet services will be curtailed.

Animals could easily become injured, or ill, during evacuation, and it would be beneficial to know where to find emergency medical services. Ask your vet about any such offerings, or contact your local authorities. 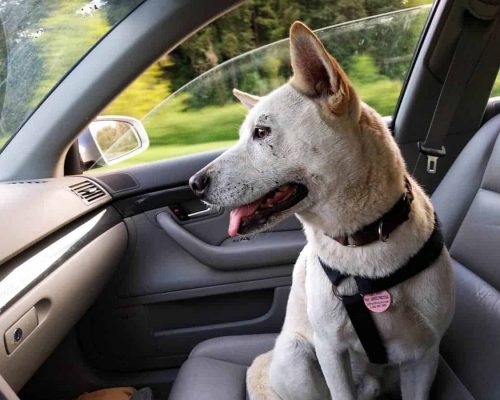 In a time of disasters, your pets will naturally become more nervous and excitable. It is advisable to prepare them in advance for any disaster evacuation which may be necessary.

You can do this by practicing rounding up your pets for transport. You may have to do this several times to ensure that they are comfortable with the procedure.

Take them for for multiple rides, with them secured in the seat belt, harness, or any container you plan to use in case of emergency.

Make Sure Everyone Is Safe 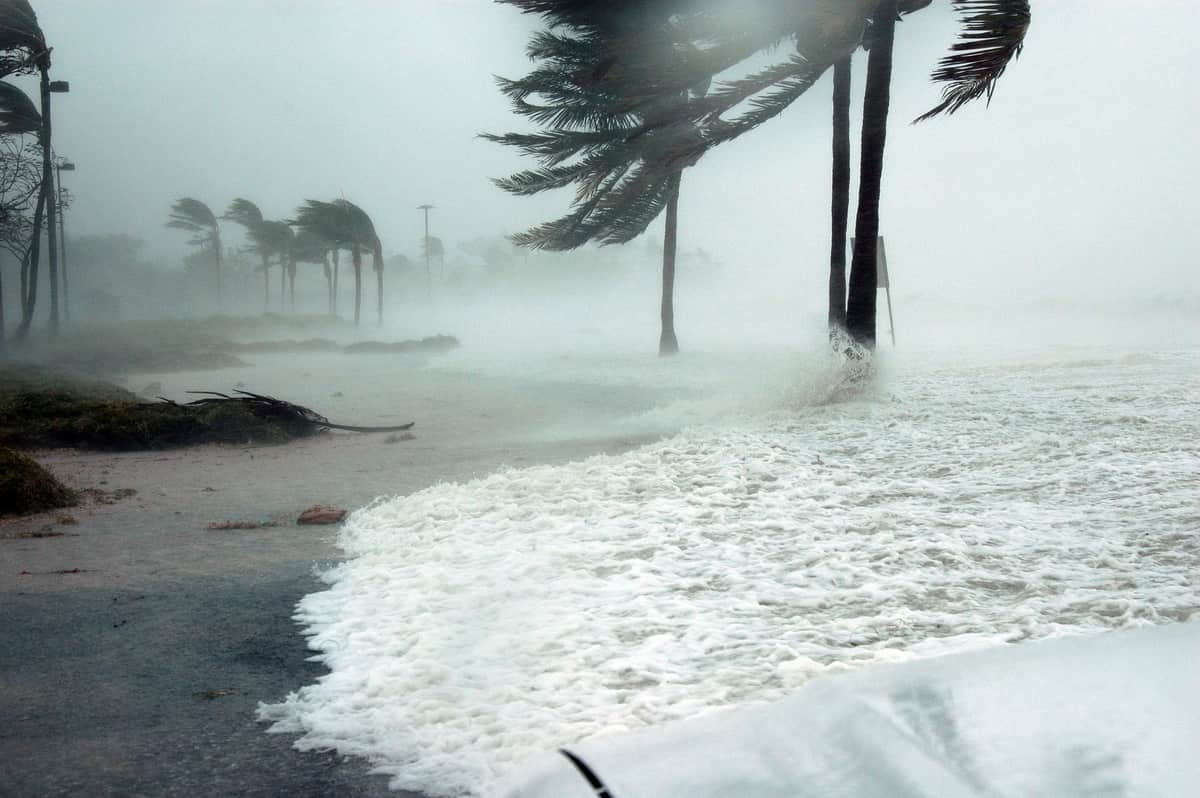 When disaster strikes, remember the following:

Bring Your Pet With You 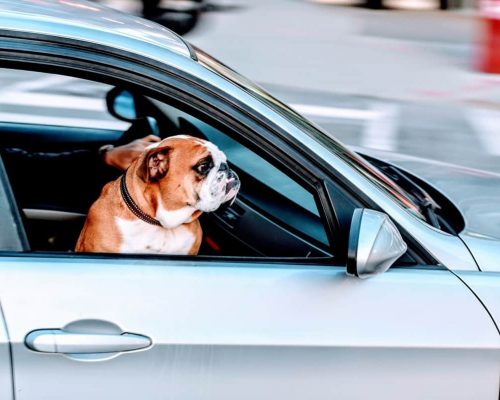 Every emergency action plan must include your pets.

In addition, you have no idea how long you while be forced to stay away from your home. Therefore, you should make every, effort to bring your pet to safety along with the rest of the family.

Your precious pets will most likely not be able to survive on their own. And even if they do, once you leave them behind, you may become permanently separated, never able to locate them.

Moreover, leaving them behind may jeopardize any rescuers who may attempt to come to their aid. Confused and stressed pets may become defensive and aggressive, making them a hazard to anyone who approaches them.

Pets left on their own may easily become lost, injured, or even killed. So, always be prepared to bring your pet with you.

In Case You’re Not Home 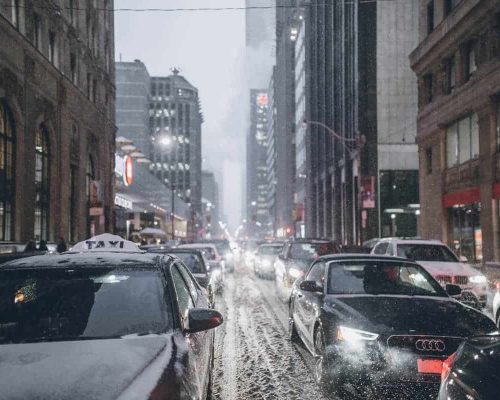 Despite all your precautions, there may be certain circumstances where you will find it, regrettably, necessary for you to leave your pet behind.

Perhaps the call for evacuation came at a time when you were not at home or found it impossible, for some reason, to get there.

No matter what’s the reason, It is now up to you to maximize their chances of survival.

You may help to ensure their safety by entering into a mutually agreed pact with a neighbor to look after your pets in time of disaster by promising to do the same for them.

Be sure to choose a reliable and trustworthy acquaintance for this, as they will have access not only to your pets but your home as well.

Ideally, this should be somebody who is already familiar with your pets, and with whom they are comfortable.

Tell him where your emergency supplies are located, and where your pets are most likely to hide when nervous.

If you have previously used the services of a pet sitter, they could be the ideal choice for such a task. Arrange in advance for a mutually agreeable pick up point where you can be reunited with your pets.

If You Decide To Stay Put – Stay Safe! 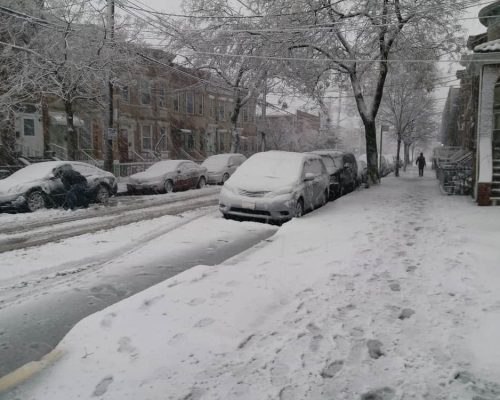 There may be circumstances when it is advisable to stay in place then to evacuate. But just because you and your pets are remaining in familiar surroundings does not mean that the situation is normal.

If you find it necessary to shelter at home, remember these important things:

If You Can’t Take Your Pet With You 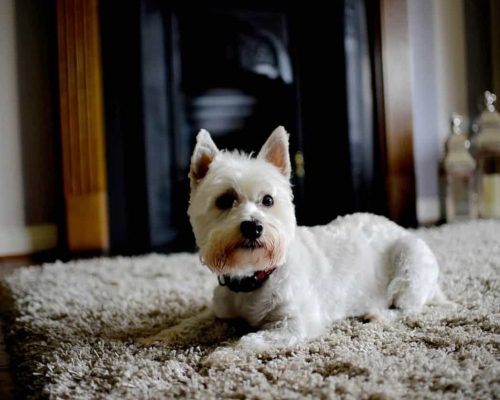 Despite your best intentions, it may be necessary to leave your pet behind during a disaster.

It now becomes necessary to do your best under these circumstances to ensure their safety, maybe even their very survival.

The following tips may help to ensure their well-being:

How To Handle Pets During Disasters 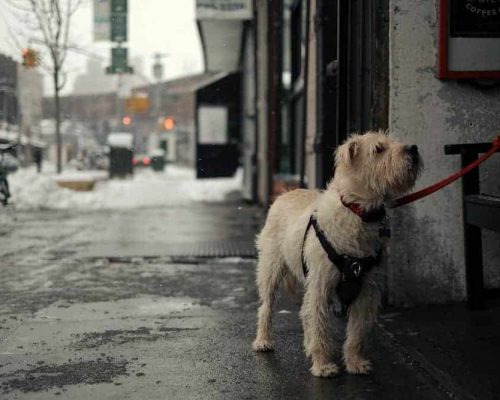 There are several steps to take which can make an evacuation with your pets more manageable:

Why Are Dogs Afraid Of Thunder? 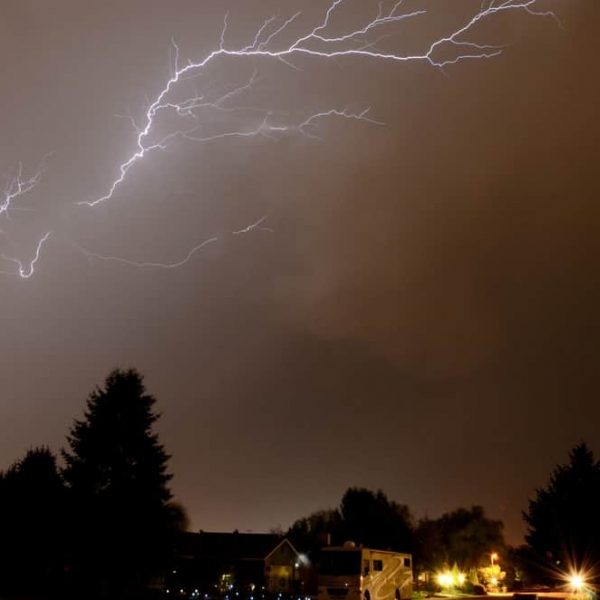 One reason your dog may be acting so out of character during a disaster may be his perfectly natural aversion to, or even terror during, a thunderstorm.

Science has yet to pin down the exact cause, but this can be caused by a number of things.

It may be a combination of wind, thunder, and lightning.

It could be a reaction to the change in atmospheric pressure, or low-frequency tumbling which may precede a storm, and which we cannot even hear.

Some sources even suspect that they suffer electrical shock from static electricity generated by the storm.

Unless your dog is only mildly affected, this condition may be hard to treat.

It may be difficult to discover exactly why your dog may become fearful and panic-stricken during a storm, but if he does, this could certainly present problems if you are confronted with an evacuation scenario during a storm event.

But it may be possible to desensitize your pet to some extent;

Try rewarding him for calm behavior in the face of such negative stimuli; Kind words, a pat on the head, and a treat will go a long way toward calming him.

You can also try to desensitize him by playing the sounds of a storm, at a lower volume.

Gradually increase the sound as he becomes more and more desensitized to it.

However, this may not be successful, as the only stimulus will be sound, and not the corresponding pressure changes and static charges.

There is some anecdotal evidence that a tight garment around the animal’s chest may provide him with some relief, somewhat like swaddling comforts a fussy baby.

But be prepared for none of these methods to have any effect on your pet’s behavior during the real thing, and you may be faced with a fearful animal suffering the effects of a major storm.

Some experts believe that you shouldn’t confine the animal during one of these panic attacks, but you may have no choice if you are in a shelter.

If you are concerned about the problem, and how it may affect your pet during an evacuation, consult your vet about other ways of attempting to solve the issue.

How To Calm A Dog During A Storm 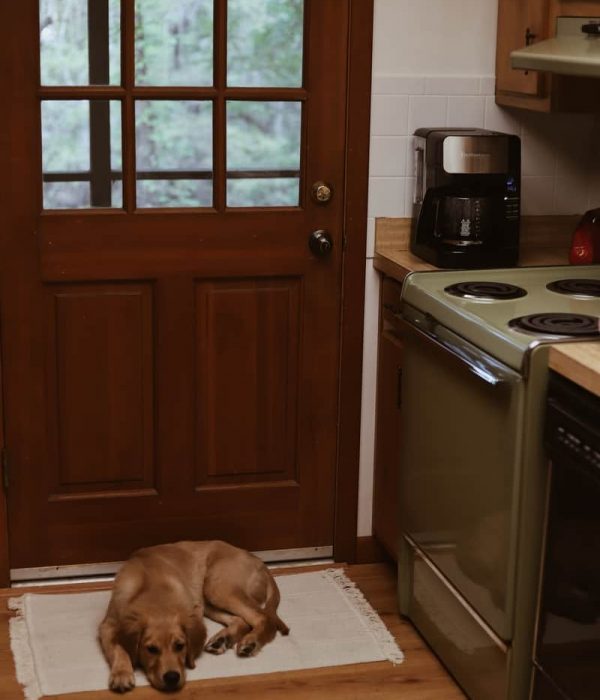 If your dog gets nervous during a thunderstorm, you may worry about the pain and psychological damage that he can do himself during a severe storm.

This concern will only be exacerbated by the possibility of your dog suffering the extreme distress of a major storm disaster, with the added confusion and disorientation of having to leave familiar surroundings due to evacuation.

But there are some things you can do to calm his anxiety under such circumstances:

How To How to stay healthy During A Disaster 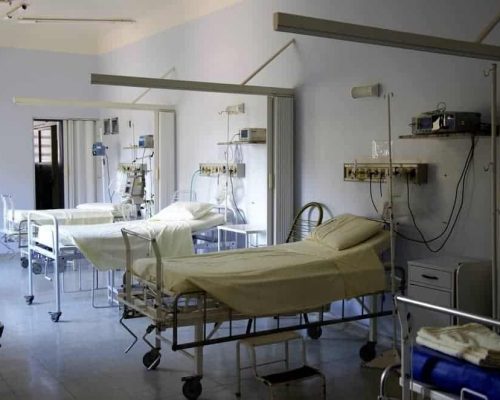 Once you have protected yourself, your family, and your pet from the immediate effects of a disaster, you must now ensure that they, and you, remain healthy in the face of such adverse conditions.

You can help achieve this by:

What To Do If You Get Separated From Your Pet 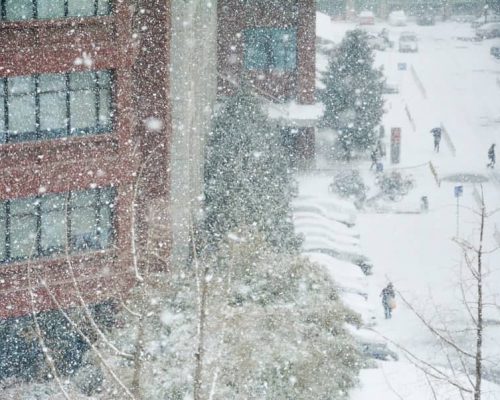 If you get separated from your pet during a disaster event, there are a number of steps to take: 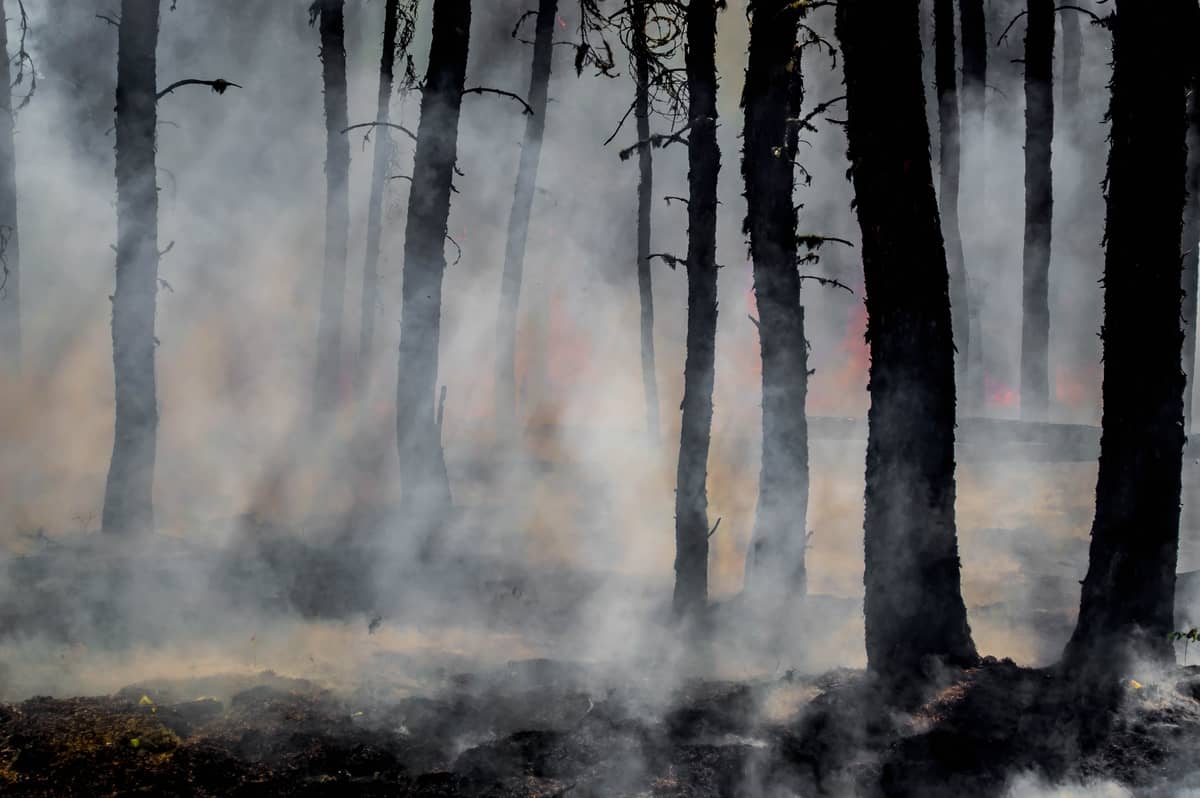 Just because the immediate danger has passed, it does not necessarily follow that your pet will recover immediately. Your pet may suffer some post-traumatic stress and it may be quite a while before he returns to his normal, friendly self.

The immediate emergency may be over, but your pet and yourself may still be at risk 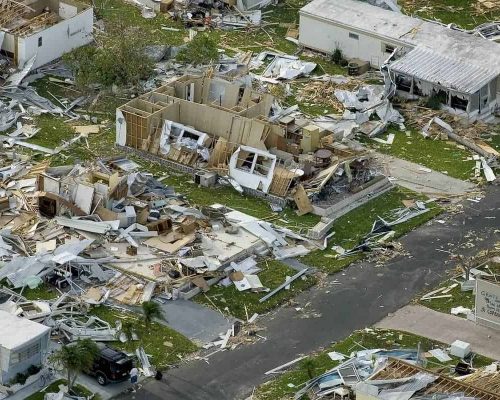 A disaster can be overwhelming.

Even a normally docile animal may become defensive and aggressive due to the stress of the situation.

Your pet may be confused due to a change in familiar landmarks and scent clues. It may seem like home, but other signals are telling him it simply isn’t.

The following steps will help to ease the transition from disaster to recovery:

Hopefully, with the proper planning and precautions, you and your pets should be able to come through any disaster with flying colors.